A moving body may enter in the orbit of a central body as a consequence of their mutual interaction. A rocket or a satellite orbits around the earth, and an electron performs quantum orbital motion around the nucleus of an atom. Hence, orbital motion can be observed at very different length scales! Researchers from the Mcube team have recently observed an orbital motion at the micron-scale for self-propelled Janus colloids interacting with giant lipid vesicles. Our article was recently published in Soft Matter and it was featured on the front cover of the Journal. 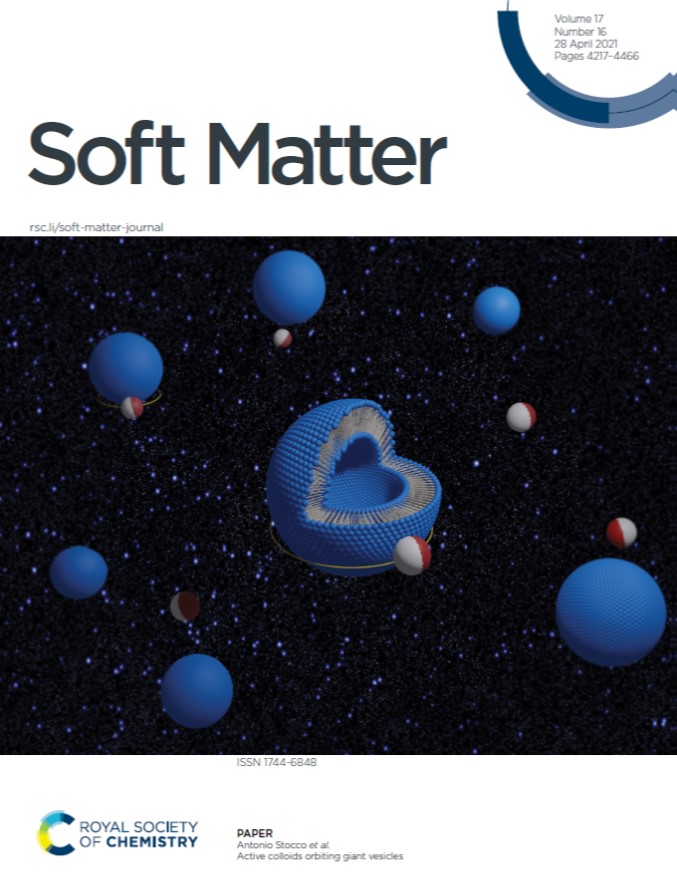