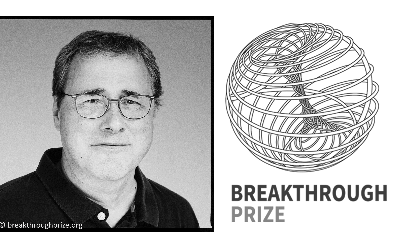 Pascal Mayer along with Shankar Balasubramanian and David Klenerman, was rewarded the Breakthrough Prize for the development of a fast and affordable technique for DNA sequencing. This method, called Next Generation Sequencing (NGS), allows to read DNA in less than a day at a cost of about $1000. This technique is used to diagnose cancer or other rare diseases. it is also used for forensic investigation, as well as for the first time in January 2021 to sequence the Covid-19 DNA and follow its mutations.

Thanks to this technique, Pascal Mayer was awarded with the Breakthrough Prize in life science, which is accompanied by the substantial prize money of 3 millions dollars.

Pascal Mayer did his PhD in ICS, where he worked on "DNA dynamic during electrophoresis under pulsed field" under the supervision of Jean Sturm. In 1992, he obtained his PhD diploma in Macromolecular Biophysics, and continued to work on the DNA analysis throughout his career. He works now for his company Alphanosos, founded in 2014.